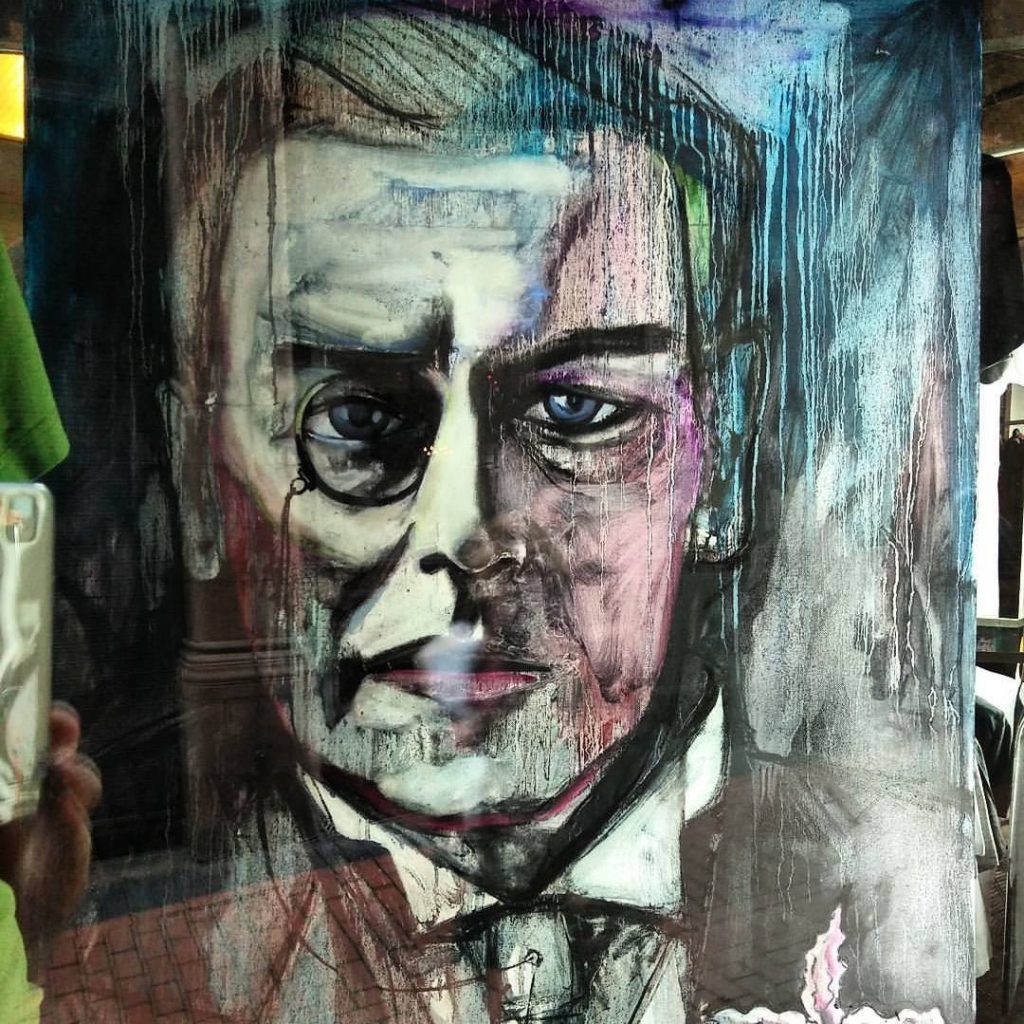 Jason Gelder has been collecting memorabilia on The Rt, Hon, Joseph Chamberlain MP for 16 Years. It all began inquisitively enough when purchasing a random piece at a postcard fair. "I'd always been interested in modern history and in particular Victorian times, but when I saw the image I just thought he looked an interesting and foreboding character and wanted to find out more about him.

This interest turned into a passion for a collection that grew and grew and is now exhibited at Highbury Hall, Home of Chamberlain, twice a year. Jason wanted something special to add to his collection this year and approached Mark Howard, artist in residenc at Disorder, after seeing Marks paintings of historical and Iconic figures. It was to be a portrait of the man in a modern style, not an easy undertaking for any artist; The two characteristics that stand out in any image of Chamberlain are the monocle and the orchid, which he wore fresh, every day and grew in the greenhouses adjacent to the hall.

So, an image was chosen and the painting commissioned from Mark and then framed professionally, so that it could be added to the collection and was unveiled in Mr. Chamberlains' very own house on 11th September 2016 with Francis Chamberlain, Joseph's Great, Great Grandson in attendance to unveil. Mark Howard, Director and designer at Disorder Boutique has seen a sharp increase in commissions of paintings of Iconic and recognisable figures, over the past year, although this recent portrait would no doubt be one of the most historical and most notable figures connected to the city where Disorder is based. His portraits take modern art technique and colouring, whilst still achieving a distinctly strong essence of the subjects character.

Jason has tirelessly exhibited at Highbury Hall for many years, always on a voluntary basis, as his collection has gathered in size and detail. It would be interesting if a film maker or museum would take his knowledge and passion (He has even written a short book) and put it to some use in recognising a man who was so instrumental in developing Birmingham into what it is today - But for now - They made the news!!