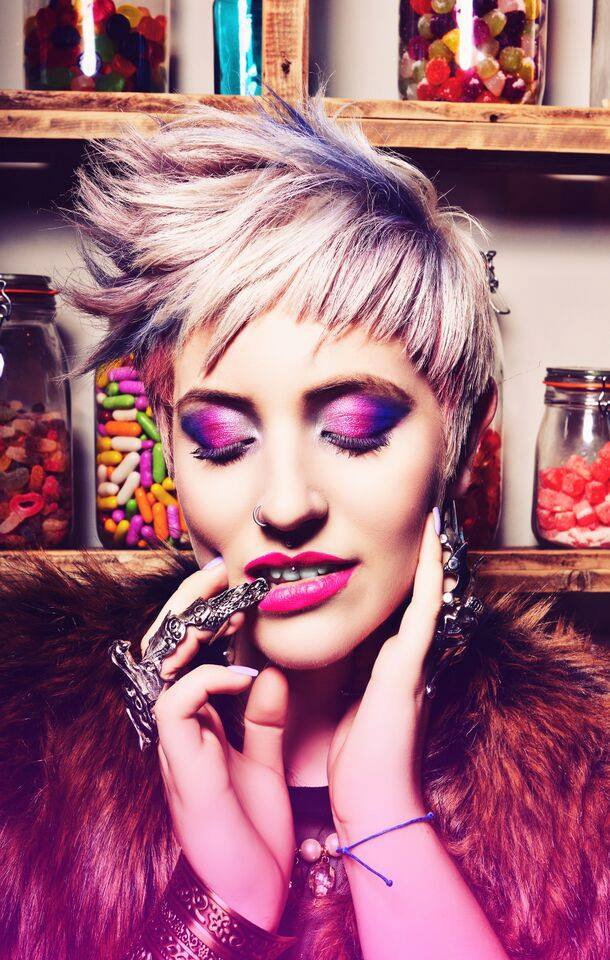 I recently read somewhere that " No-one under 30 should work in the fashion industry." the text was in relation to fashion mostly being for and featuring 'youth' imagery.

I initially felt a huge wave of agreement. Antagonistic? Possibly, but only as antagonistic as people int there 30s and 40s being bombarded with images through the media of impossibly 'beautiful', younger and younger looking models, to sell just about anything but stairlifts and denture glue. The standard to which photo and video images are set, styled and tweaked etc makes the end product a new art form and an almost impossible to attain standard in real life. But then even this area of 'controversy' is SO five years ago, along with plus size models and gender neutral clothing.....*yawn*. ..

It's true a lot of young people want to work in Fashion, it's true a lot of them haven't got a clue; A degree in pattern cutting, choosing your friends bridesmaids dresses or constantly being told by your friends you look 'Hot' does not make you a fashion designer or a stylist. It takes many years of experimentation, experience and MISTAKES to finally be worthy of those job titles. AND ACTUALLY IT'S OUR FAULT.

Yes us, the over 40s. We lived through Punk, The 80s Pop video explosion and Rave / dance culture in the 90s. Everything that is being referenced, plagiarized and regurgitated now, WE lived through it as it happened; So.... we do it best. Add on to that advancements in technology in areas like photography and videography and WHOOOOSH!!!! We're away; Fashion heaven.

But nothing 'new' has happened for years. All the high street stores and many of the high end catwalk shows are referencing punk, hippie, disco and '80s vintage' - Bore off! All of those movements and times were about experimenting, creating your own look and MAKING something. D.I.Y. So instead of trying to create anything new we now get terms like 'Hipster' and 'Normcore' *shudder*, celebrating the 'ordinariness' of a look. Pop stars look like they work at the local supermarket!!! Where are the STARS?? Most 20 year olds I meet are far more conservative dressers than most 40-50yr olds I know. Theres too much peer pressure, the kids are all watching each other, They are 'on' 24-7, so theres no room for mistakes or faux pas. And it makes them really boring people. This worries me. No one is creating from the street up, which is where great fashion historically has always come from.

SO, WHY SHOULD IT MATTER? Why should it matter that people over 30 are represented in the nuts and bolts workings and the glossy end result of fashion? We have an aging population. Retirement age is creeping up higher and higher. The job market will be getting older in relation to recruiting. Which is good news for someone who is sick of the industry they work in at 50 and decide to start their own business or change careers for the next 20 years. That's brilliant but the rub lies when the person interviewing you for said career may be 30 years your junior. and may be a teeny bit prejudiced because they think that people over 40 just curl up in front of the fire watching gardening programmes. People in their 40s AND 50s more and more need to appear relevant and vital. It's not about wrinkles. it's about being healthy, useful, contemporary.

Progress is being made. larger design houses like Yves Saint Laurent, Céline and Vivienne Westwood are using older and even elderly models in campaigns. But these fashion giants are playing catch up after years of following the media line of selling to only the young, thats where I have admiration for working at Disorder. They have, particularly with menswear, grown and matured with their customer base and that customer has remained loyal. Also, Photographer Ari Seth Cohen began his blog and a small revolution, 'Advanced Style' which is now a film and my favorite quote is: " I never wanted to look young, I just wanted to look great" Check it out Grandma! So any 20 something fashionistas reading this, remember: it has to be worked at, it has to be earned.